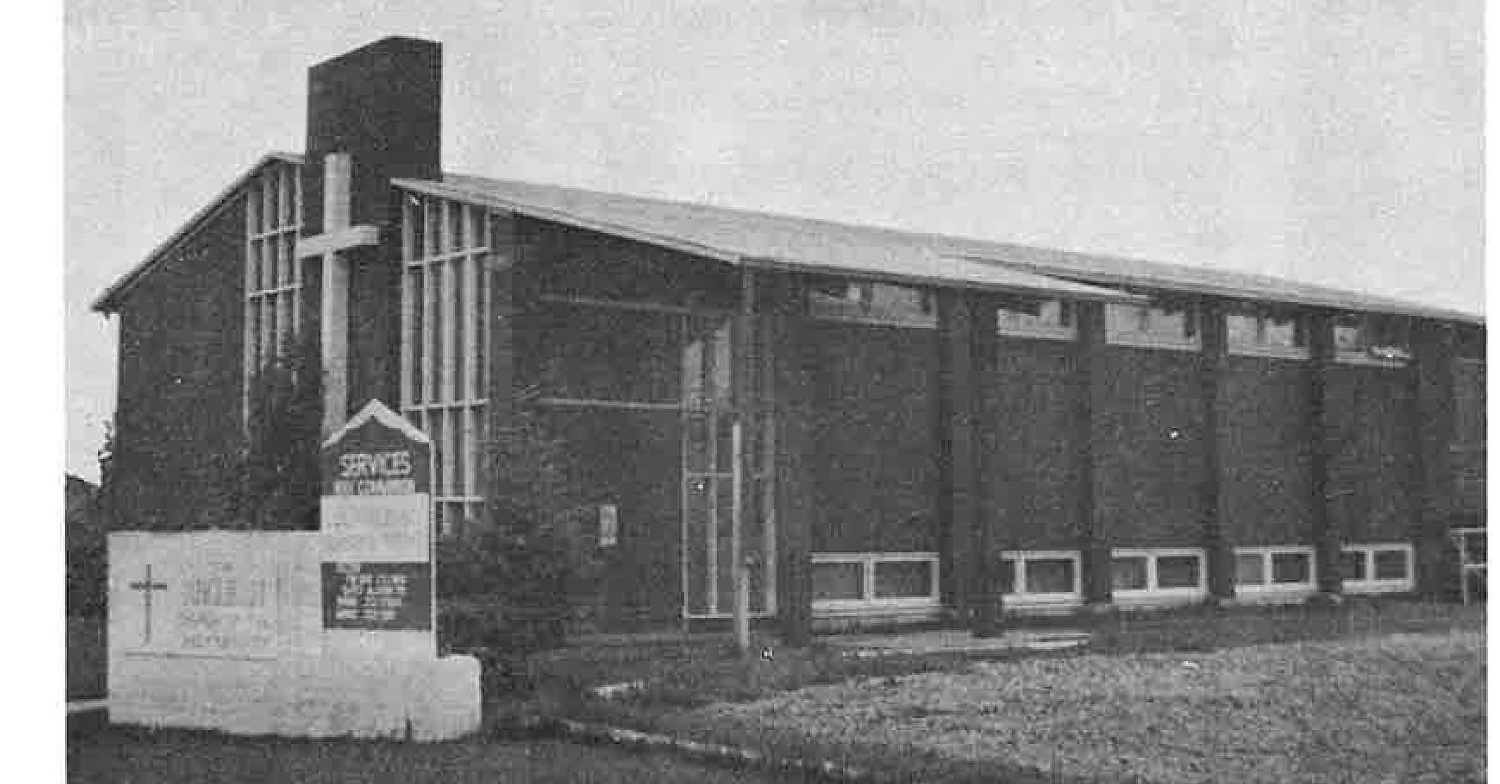 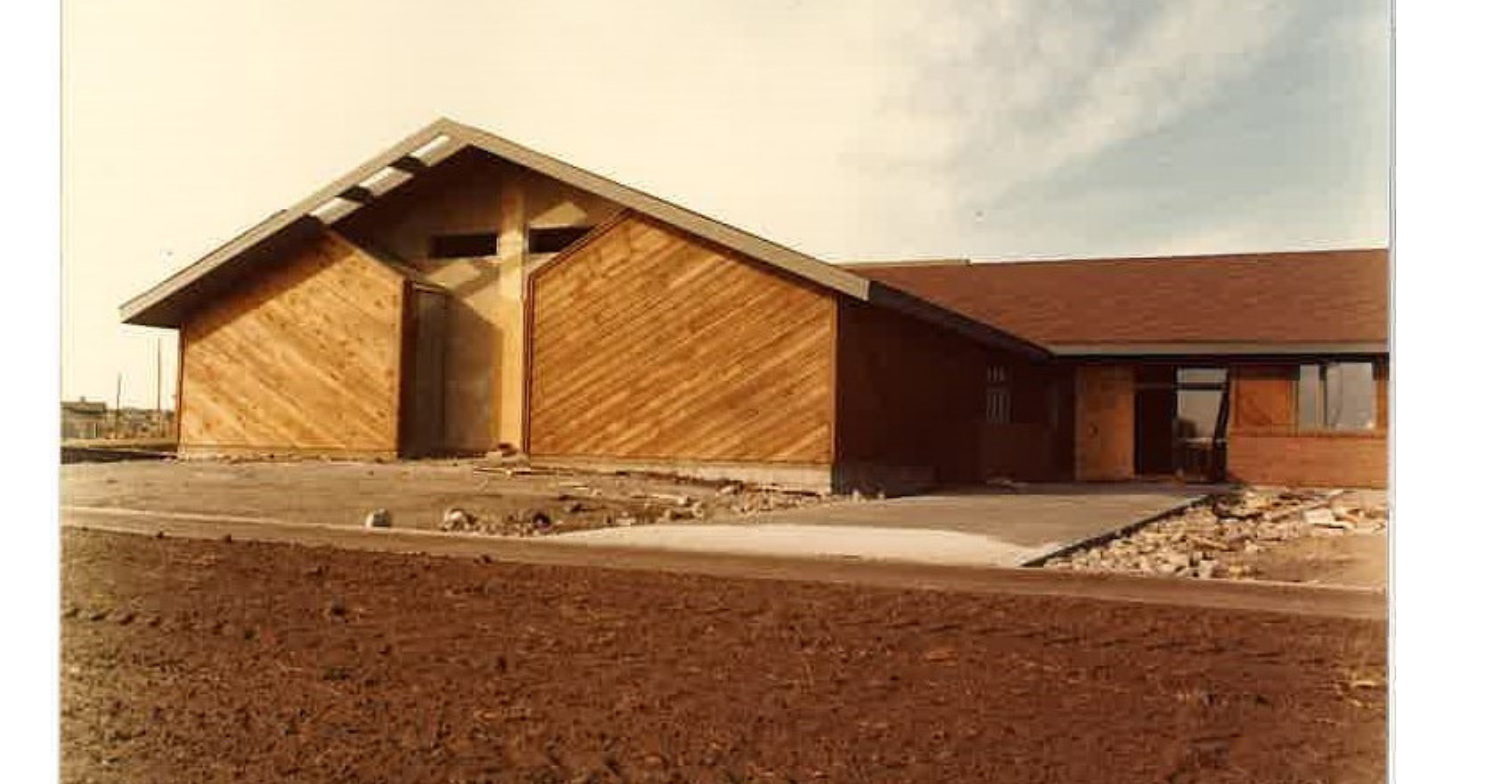 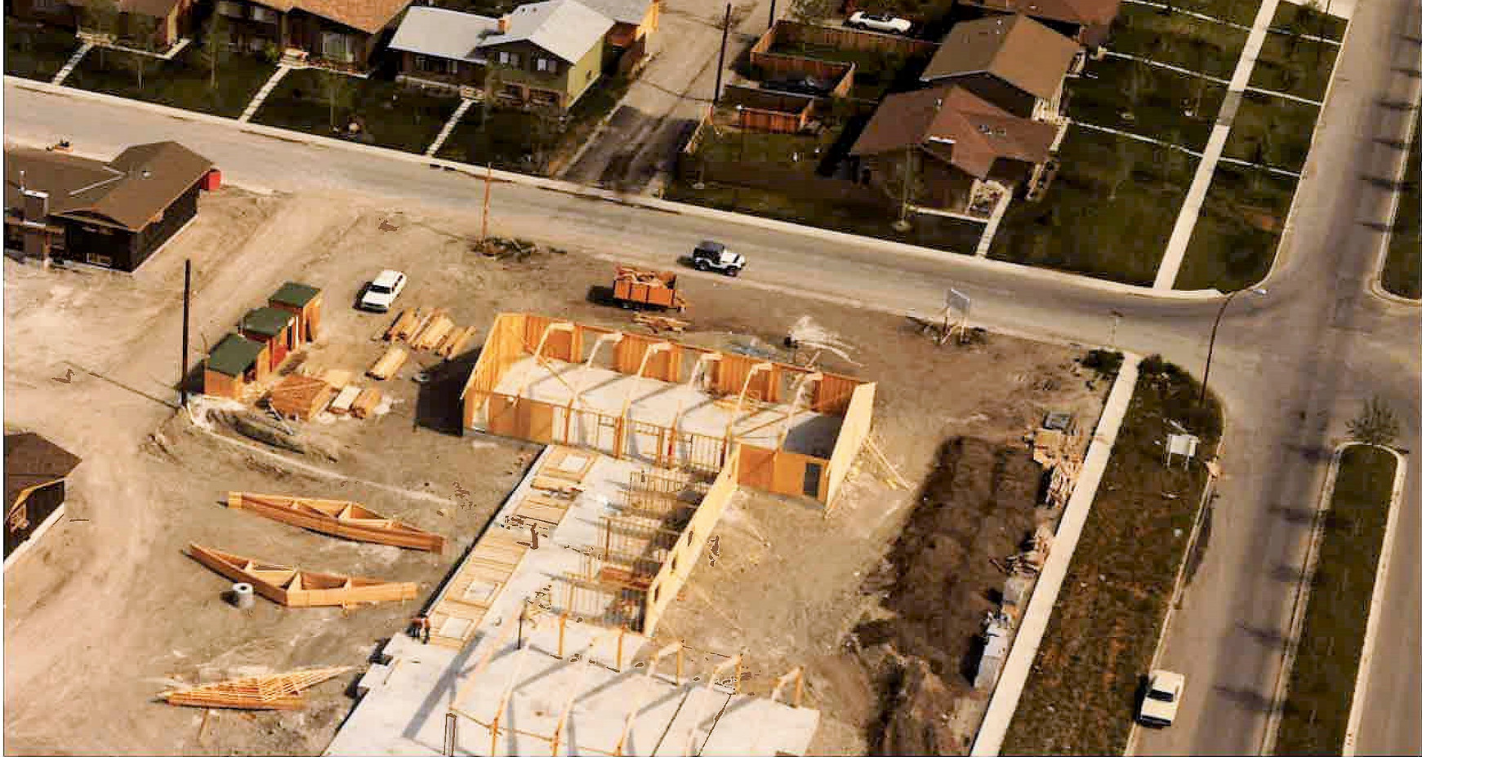 The history of Holy Nativity Anglican Church dates back to 1959 when Bishop George Calvert requested an English missionary, Miss Elsa Bray, to canvas the new subdivision of Fairview to determine the number of Anglican families living in the area. On October 15th 1959, Sunday school was initiated with thirty two children registering, and by January 1960 enrolment had doubled to sixty four children. On October 16th the first church service was conducted at Fairview Elementary School by a lay reader, Francis Fry, who presided over many services in those early days. During 1960 and 1961 many meetings were held between the Bishop, other clergy and members of the congregation to set in motion the building of a new church at Fairmont Drive and 84th Avenue S.E. at a cost of $30,000.00.

As of June 1 1961, Bishop Calvert appointed the Revered Richard (Dick) E. Clarke to be the Vicar of the Parish, with a status as mission church of the diocese, to be nurtured by the clergy of St. Peter’s. A new subdivision, Acadia, had also been completed which meant new parishioners. The first services were held in the newly constructed church on December 3, 1961 with 117 parishioners attending the service. The church was consecrated by Bishop Calvert on December 6th – the Feast of St. Nicholas (the patron saint of children). At that time, the parish had grown to 370 children and 322 parishoners. In 1965, The Reverend Clarke was indisposed for medical reasons and later received a leave of absence to pursue a Masters degree.

On July 2nd 1965 the Reverend Robert Griffiths was appointed as incumbent of the parish, but his stay was short lived as he was elected to accept a chaplaincy at Trinity College in Eastern Canada and left after one year. During his ministry the Sunday school exceeded capacity for the church basement and space had to be rented at St. Matthew’s School to accommodate the older children’s classes. The Sunday school teachers were a very dedicated group, who instructed the children based upon their own religious knowledge, as there were no aids or curricula, which the Diocese now provides.

On September 28th 1968 Bishop Morse Goodman inducted the Reverend Creighton Chew as the rector of the parish. During his tenure a decision was made to purchase land and construct a new church building at a location in the Lake Bonavista subdivision. This was in order to encompass the many new areas, which were being developed within the southern extremes of the city. The parish applied to obtain a loan from the diocese, and on November 7th 1975 the first services were held. Consecration of the church took place on December 7th 1975. The old church building was sold to a religious sect and was later converted to a condominium site. In 1977 Reverend Chew tendered his resignation. He was the last priest to occupy the church Rectory in Acadia, which was purchased from the Reverend Clark at cost in 1967.

In 1978 a Canonical Committee selected the Reverend Charles F. Greene to become rector of the parish. During his years he was inducted as a Canon of the Diocese and his disciplined preaching style and teachings saw the parish reach an acme in growth, and the way it functioned as a worship centre. Fr. Greene retired and returned to his home base in Winnipeg after serving the parish devotedly for thirteen years.

The Reverend Jagdutt Singh, a native of Fiji, came from Edmonton to become rector of the parish in August of 1992. Reverend Singh provided thirteen years of faithful service. He developed a “caring Community” and was also active in the church at the Diocesan and National levels. Reverend Singh tendered his resignation effective January 31st 2006 in order to become rector of an historical Calgary parish, St. Barnabas, celebrating its centennial year in 2006. The Reverend Bryan Beveridge was our Rector from January 1, 2007 to 2010.

At Holy Nativity, the time of the millennium saw many of our youth heading out to begin their own families and our congregation began to age. Since 2006, we have focused more and more energy and resources on welcoming young families into our community. As you will see elsewhere on this site, we are committed to ministry to children and youth.

We see a new congregation of people growing in the community. We continue to be a vital, challenging and encouraging faith community with Jesus Christ at its centre.

Pictures: (1) Black and white photo of the first Church at Fairmont Drive and 84th Avenue S.E., (2) The present church, under construction, (3) Aerial picture of the current site, when the church was being constructed.